Nolan Kept Watch On Caine When He Read Script

We all knew something like this was going to happen, so it’s sort of humorous to read about it as an official newsflash. IMDb News reports that Christopher Nolan kept a very close watch on Michael Caine while the veteran actor read the script for The Dark Knight Rises. Caine has been known to talk to the press more than he should have and as we all know, Nolan wants as few plot points of this film leaking as possible. Here’s what IMDb said:

Director Christopher Nolan showed up on Michael Caine’s doorstep to offer him the role of Batman’s butler Alfred, and refused to leave his side while he read the script – to ensure the movie legend couldn’t leak details.

The British veteran plays the Caped Crusader’s right hand man in Nolan’s three-part reboot of the superhero franchise, and he reprises his role in the upcoming The Dark Knight Rises.

And Caine admits he was shocked by the moviemaker’s top secret efforts.

He tells Britain’s Sunday Mirror, “The director Chris Nolan is the most secretive guy. The first time he came to me for Batman he came to my house in the country on a Sunday morning.

“I opened the door and he was standing there with a script. He said, ‘Do you want to play the Butler?’ He stayed while I read it and took the script away. He wouldn’t trust me with it!”

Caine might not agree with his director’s trust issues, but he has enjoyed working with Nolan on the three Batman films and he can’t wait for fans to see the new movie: “This one will ­definitely be the best (Batman film) ever.” 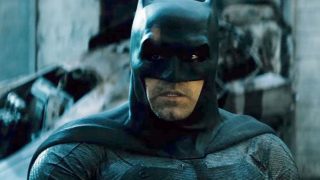 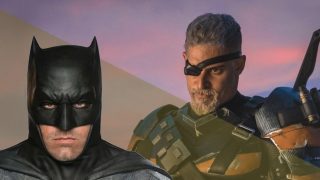