We have already heard from the legendary film composer when he called out to all fans last month to be part of the chant in The Dark Knight Rises soundtrack (the chant can also be heard at the end of the teaser trailer). Now Collider.com was able to interview Zimmer about his upcoming work in Sherlock Holmes 2, and of course, TDKR came up.

Question: How far along are you in the writing process for The Dark Knight Rises, and how does it compare to the other Batman films?

HANS ZIMMER: Well, before I started onSherlock, I had an idea for Dark Knight. I said to Chris [Nolan], “Would it be okay if I got the most outrageous orchestra together and tried this experimental thing?” It involved chanting and all sorts of stuff. And, if I decided that it was just complete rubbish, then we could just throw it away and nobody would ever mention that Hans went and spent all that money. So, I went off and spent weeks writing it. I recorded the piece, and Chris came by and said, “Well, you’ve done half the movie now.” I said, “Well, I don’t think that’s quite true.” But, I think I figured out my cornerstone to the thing.

I’m hellishly ambitious on that. The chant became a very complicated thing because I wanted hundreds of thousands of voices, and it’s not so easy to get hundreds of thousands of voices. So, we Twittered and we posted on the internet, for people who wanted to be part of it. It seemed like an interesting thing. We’ve created this world, over these last two movies, and somehow I think the audience and the fans have been part of this world. We do keep them in mind. And I thought it would be something nice, if our audiences could actually be part of the making of the movie and be participants in this. So, we’ve got this website up, www.ujam.com, where you can go on and be part of it. It was fantastic. The first Tweet that went out just melted our server because we had tens of thousands of people a second, trying to get onto the site.

You always want to create a sound that nobody has ever heard, but I think, this time, we might be doing that. As a musician, I think about what environment things are recorded in. Now, you have hundreds of thousands of voices, all recorded in their own individual environment. Up until now, that’s been impossible to do. There’s a lot of people doing a lot of editing, as well.

Do you read film reviews and online reports about the movies you work on?

ZIMMER: I read it. My character is flawed, and I read it and suffer terribly when people don’t like what I do, or misunderstand it, but I learn things from it. Every and any conversation you have about the thing that you’re most interested in – which in my case, happens to be the movies I’m working on – might not be a novel conversation, but somebody’s point of view does make me think about things. Other than the really bitter and twisted stuff, I think people, especially with The Dark Knight franchise, are very interested in us making a good movie, and they’re trying to cheer us on, and they’re trying to make suggestions that are actually helpful to us. So, I am very aware of what’s going on out there. 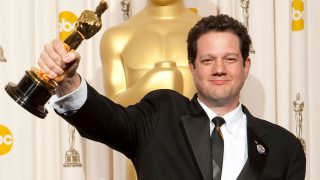 Michael Giacchino to Compose Music Score for ‘The Batman’ 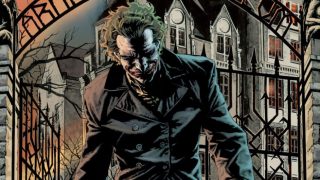 Composer for ‘Sicario: Day of the Soldado’ to Score ‘Joker’ Movie